On September 8. 1565 , Spanish explorer Don Pedro Menendez de Aviles landed ashore at an inlet (later called Matanzas Inlet) on the eastern coast of today’s Florida. Planting the Spanish flag, he declared the harbor and surrounding land in the name of the Spanish Empire and began setting up a permanent settlement. He named it after St. Augustine, the patron saint of brewers.

During the 1880s, St. Augustine became a popular winter vacation spot with the wealthy class from the northern part of the country. It remained popular with the elite until the beginning of the 20th century. This city went on to play an important role in the civil rights movement of the US during the 1960’s. In 1963, Martin Luther King, Jr. led a peaceful protest here at the Monson Motor Lodge in order to fight segregation in the state.

The “Fountain of Youth Archeological Park” it’s the place where the nation’s oldest city was founded. This park has been an active archaeological site since the 1930s. In that time, archeologists have found over 97,000 artifacts relating to the Menendez landing, the early Spanish settlements and even earlier Timucua Indian colonies, which date as far back as 3,000 years ago. Even with all of that digging, only 30 percent of the park has been explored by scientists and researchers.

After repeated attacks by the British and pirates in the early days of St. Augustine, the Spanish took measures to defend their fledging settlement. So, they began construction on a fort they named Castillo de San Marcos, which was finished in 1965. Built out of indigenous soft white limestone made from broken shells and coral – a material called coquina – the fort withstood sieges and time to become the oldest stone fortress in the continental United States. In near-constant use for 200 years, this almost 21 acre fort surrounded by a moat has provided protection for several nations throughout its time. Today, the Castillo de San Marcos is a national park, with the moat still protecting the coquina stone towers peering out over the Atlantic.

In the heart of St. Augustine is the Plaza De La Constitution, part of the city’s National Historic Landmark site and the oldest public plaza in the United States. The plaza and public market were established under the governorship of Gonzalo Méndez de Cando in 1598. The plaza’s main monument is the Spanish Constitution Monument, dedicated to the establishment of Spanish Constitution of 1812. It is also where the city has chosen to remember the veterans of America’s wars. Monuments dedicated to the American Revolution, the Confederacy, World War II, Korean War and the Vietnam War are also scattered throughout the park. In 2011, the St. Augustine Foot Soldiers monument was added, commemorating those who fought for civil rights in the 1960s. 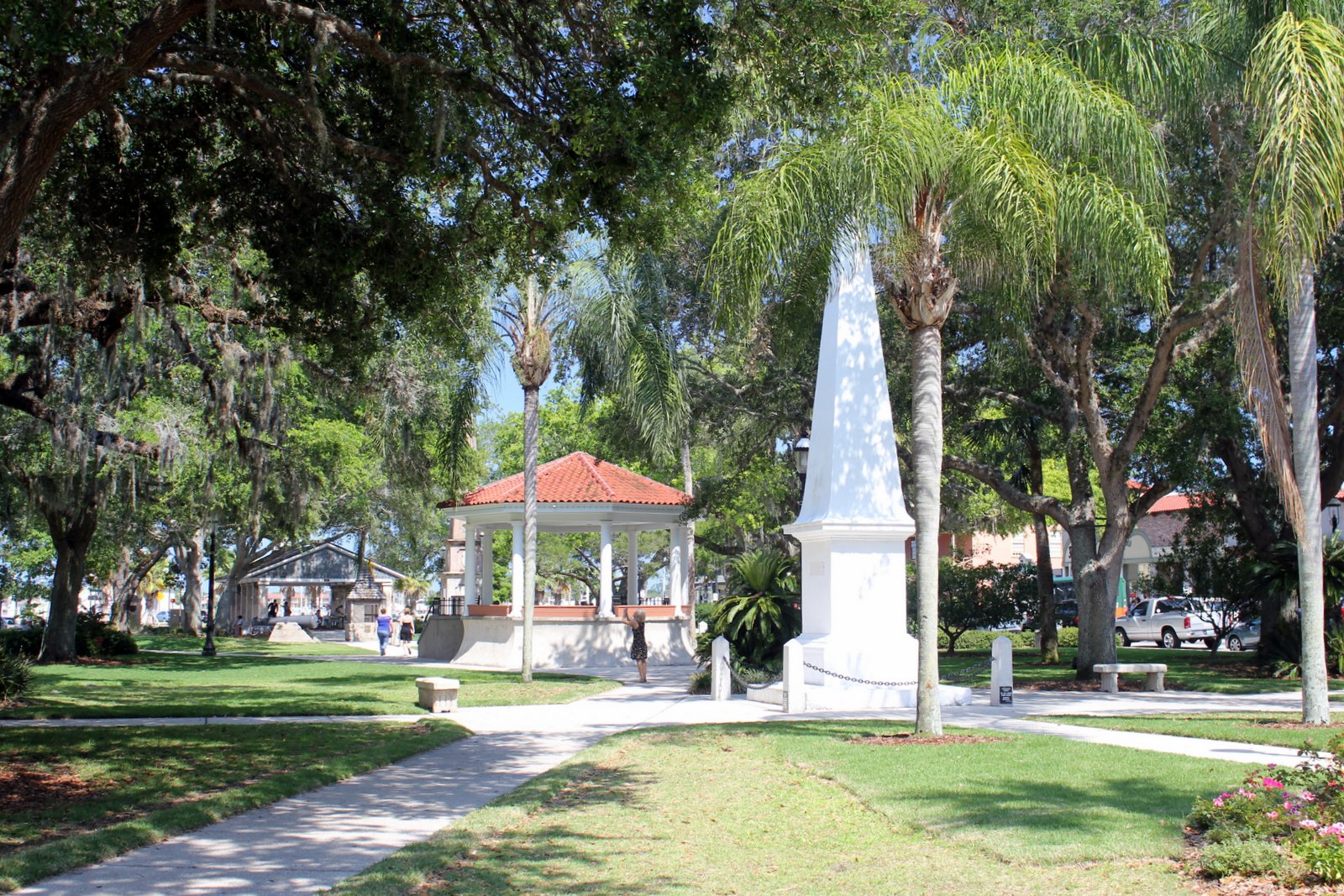